The roads of ancient Rome as lines of a tangled subway 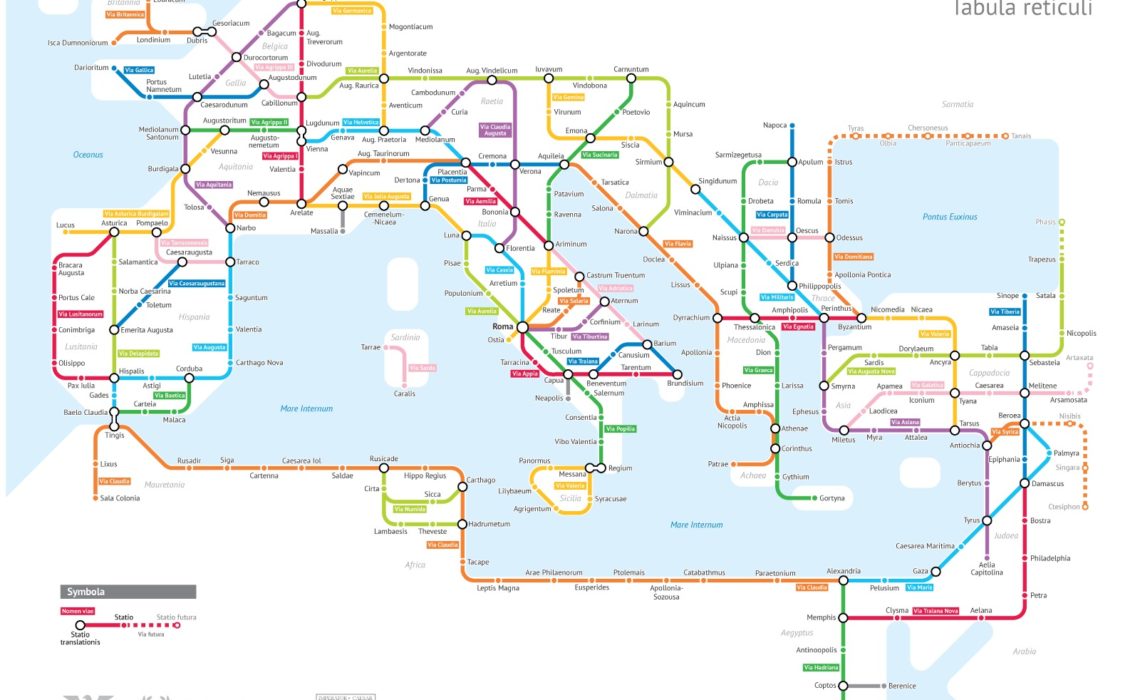 A young cartographer and passionate of maps Alexandr “Sasha” Trubetskoy, a geography and data nerd as he defines himself, a statistician student at the University of Chicago, published a “metropolitan” version of a “tabula reticuli” of “Roman Viae Maiores“: a subway-style diagram of the Roman roads, based on the Empire of ca. 125 AD.

Trubetskoy started off the main streets in the second century after Christ, but he also took some liberty by not including them all – that would be too many – he combined some others and for some of them he invented the name. The list of creatives liberties is however listed on his site from which is also possible to request a poster version in pdf format for printing.

If there really was a subway line connecting all the major centers of the empire, just as the enormous and intricate road network built by the Romans, visiting a large part of the world would have been really simple and super-fast: only four stops from Milan to Rome! 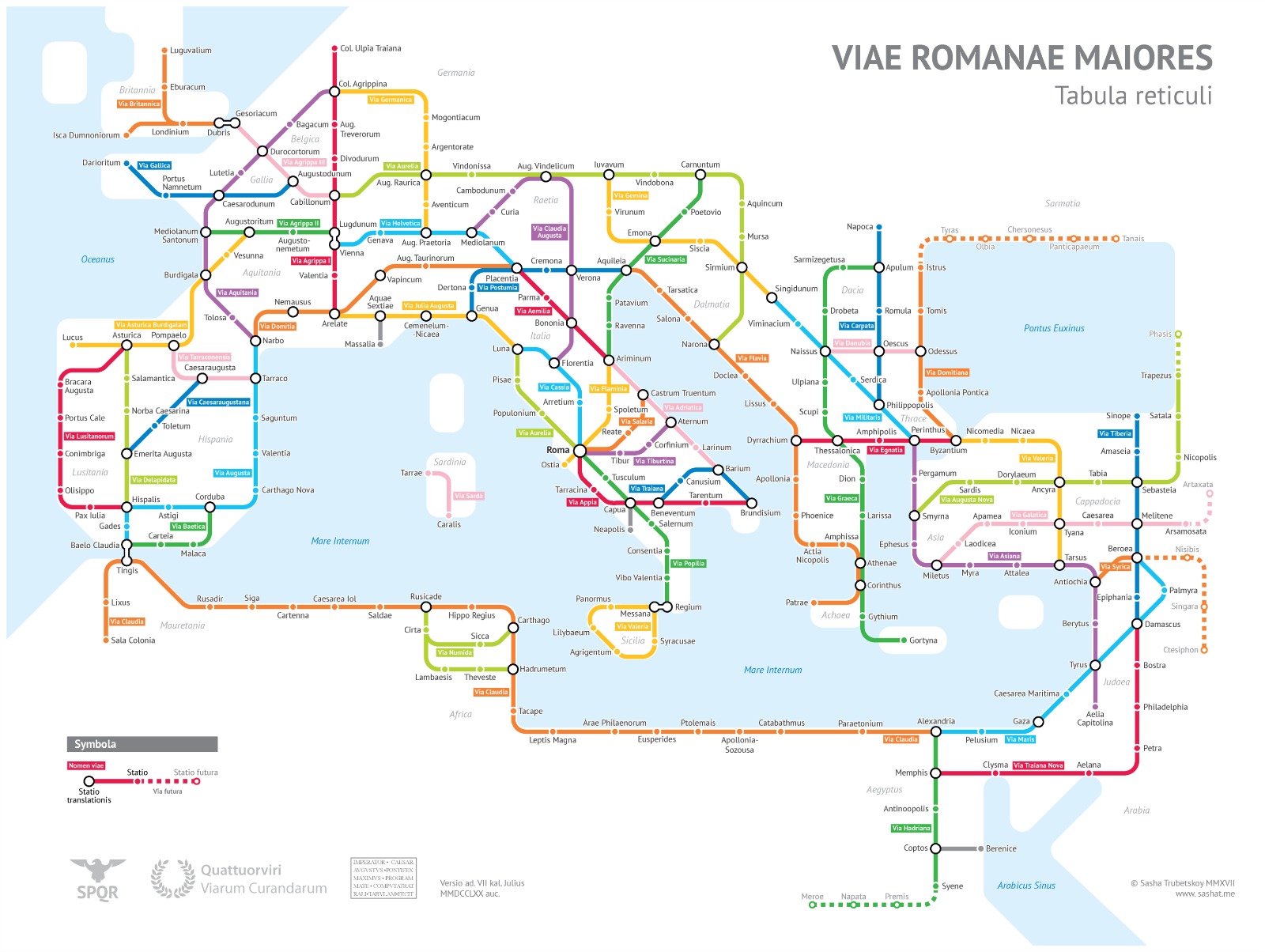 Art, Design
The “Calligraffito” of artist Pokras Lampas on the roof of Fendi’s HQ in Rome
Food, Place to eat & drink
Eggs: the pop paradise of eggs in Rome