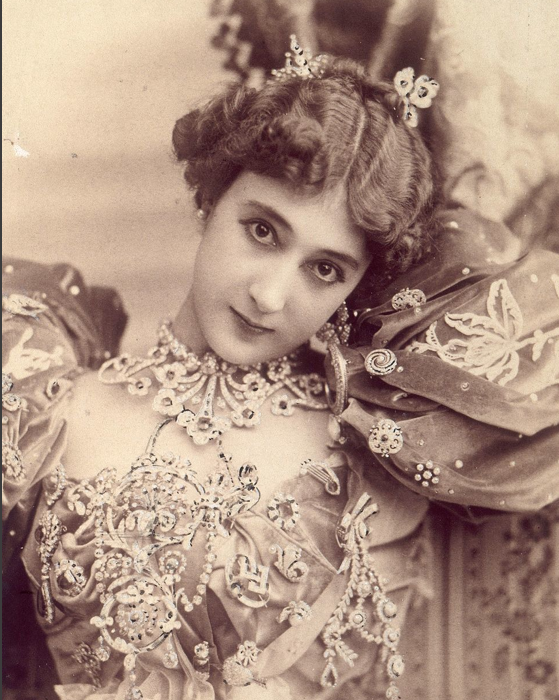 Agustina Carolina Iglesias Otero was born in Galicia, Spain in 1868. Illegitimate daughter, raped by a young shoemaker at age of 11, she fleed at the age of 14 years with a guy named Paco to go dancing. The owner of that salon was istantly fascinated  by the movements of the young Carolina, to the point of offering her a contract and pay for her dancing performance the amount of two pesetas – an enormous sum for the time.

From Lisbon in Portugal where she transferred in 1888, he ran after the partner who had betrayed her with fellow dancer up in Barcelona. There she began working at the Crystal Palace debuting in cabaret, before travelling to Marseille and then in Paris. Carolina Otero arrived in Paris with dreams of studying dance and represent her first shows. 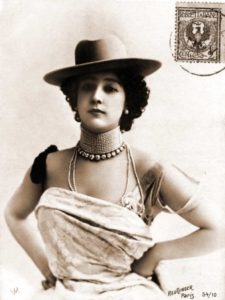 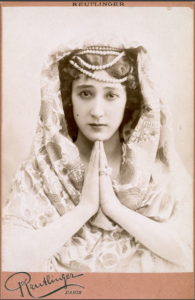 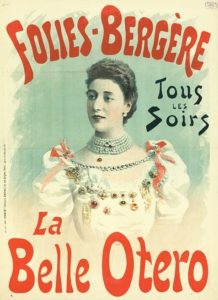 Her beauty, character and “gypsy” charm – that she never deny – they took her to be appreciated immedialtly by the Parisian public and made her very popular. In a short time she became the dancer queen of the cultural capital of the West, as it was then called Paris, the undisputed star of the Folies Bergère. 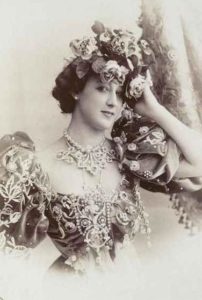 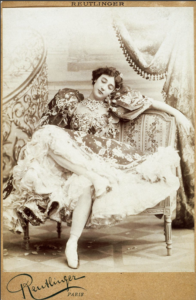 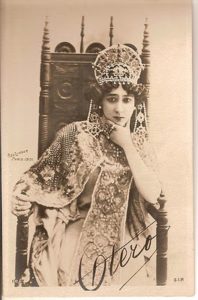 As famous as actual film stars her images, like those of other courtesans that ruled the Belle Epoque, were diffused by numerous objects and postcards. 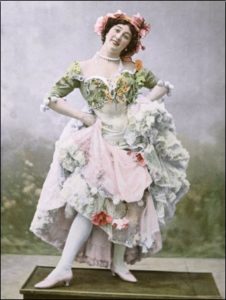 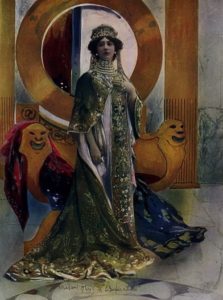 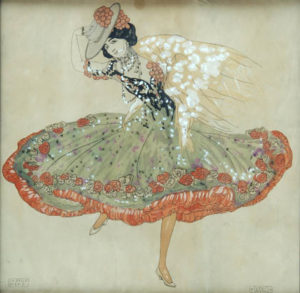 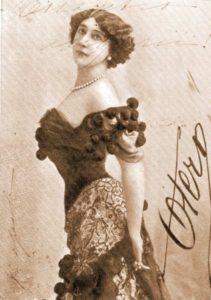 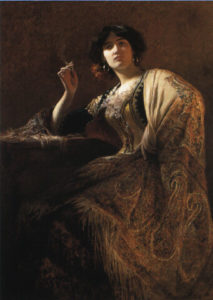 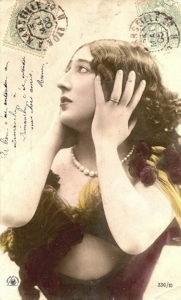 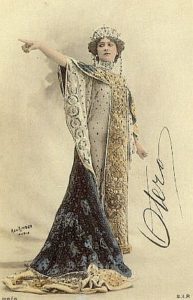 She appeared on the scene wearing lavish costumes and jewelry that emphasized her figure in support of her reputation of provocative and fatal woman mesmerizing the male audiences.

One of her most famous costumes provided for precious gems were pasted on the breast, which seems to have even been used as a model to build in 1912 the domes of Carlton Hotel in Cannes. 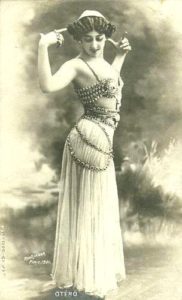 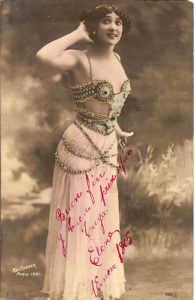 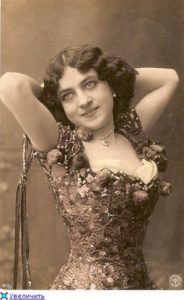 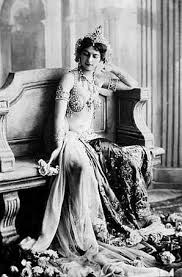 In August 1898, in St. Petersburg, the French cinematographer Félix Mesguich, who worked for the company of the Lumière Brothers, filmed a segment of one minute that showed a dance exhibition of La Belle Otero – on the notes of “Valse Brillante” -, making her probably “the first star in the history of cinema”.

In a few years she became one of the most famous women on the continent, a lover of many powerful or in height visibility men of the time. The passion that fed men for her, was incredible. Many lovers candidates gave birth to bloody duels, committed suicide for love, or squandered fortunes to attract her to them. These include Prince Albert I of Monaco, Edward VII of England, the royals of Spain and Serbia, Emperor William II, Baron de Ollstreder, the politician Aristide Briand and the famous writer Gabriele D’Annunzio. 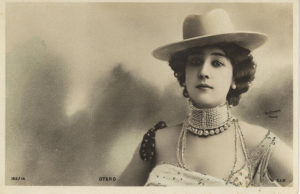 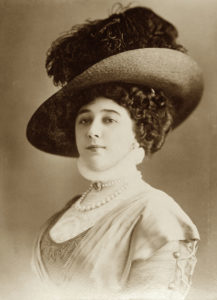 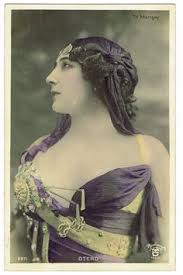 So, in 1900, elected sex symbol of the “Belle Epoque”, triumphant both on stage and in love, she had become the owner of an immense financial fortune, who often spent in the Monte Carlo casino. Precious jewels, such as collier of former Empress Eugenie and spectacular earrings of Empress of Austria and a diamond necklace owned previously by Marie Antoinette were gifted her by ecstatic admirers of her charm and her wild beauty. 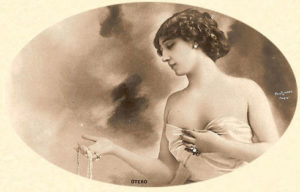 She also became a close friend of the writer Colette and the famous dancer of the Belle Époque, Liane de Pougy, with whom she entered into rivalry. 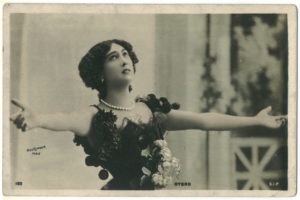 After the World War I during which she played various acts to relieve French soldiers, La Belle Otero bought a property with a palatial home in the south of France for a figure equivalent to about 15 million dollars and retired from the stage. The courtesan had accumulated over the years, in fact, a considerable fortune which amounted to about 25 million dollars, but she consumed it over the years to support a style of sophisticated and expensive life losing her fortune in casinos.

‘Fortune comes while sleeping … but not alone.’