The project features everyday spices, herbs and seasonings packaged in sachets that resemble PANTONE color swatches: the yellow-orange of curcuma, the vivid green of parsley, the red of paprika, the military green of oregano, the off-white of cardamom, the black of pepper, the pink of hymalayan salt… 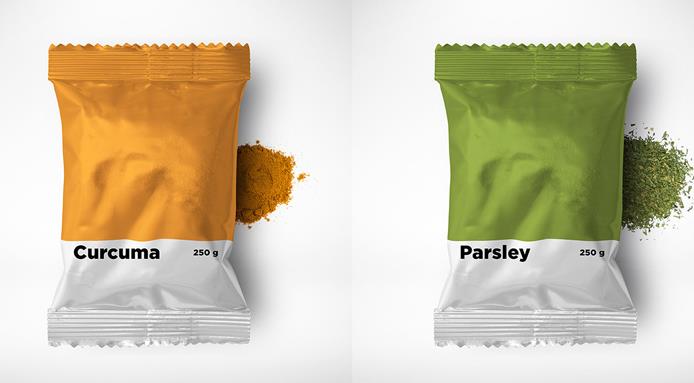 The final result is colourful and elegant: the designer says he wanted to create a no-frills design that was both coherent and stylish, the sort of packaging he would want to see in the supermarket and in his own kitchen.