One of the rarest films ever appeared by chance on YouTube

Une femme coquette – A flirtatious woman – a short film lasting 10 minutes that has haunted for years critics and movie fans and lovers of the Nouvelle Vague, suddenly appeared on You Tube complete with English subtitles uploaded by David Heslin amazing everyone. 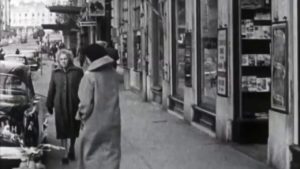 Film, considered to be lost for a long time, was given news  in a recent survey of Avclub dated 2014 that claimed to have found a copy in a European museum belonging to an anonymous owner who allowed the consultation or reproduction only with explicit consent of the director.

The film, a sort of Holy Grail for movie lovers, has the signature of such “Hans Lucas” one of the pseudonyms with which Jean-Luc Godard signed the reviews during his brief career as a critic. 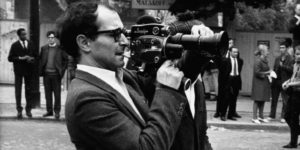 The twenty-five years old Godard shot the short film in Geneva in 1955 on 16 mm film, and is an adaptation of Maupassant’s short story “The signal.” The lead actress is Maria Lysandre of which is known virtually nothing, while the man on the bench is played by Roland Tolmatchoff a cinephile and car dealer friend of Godard.