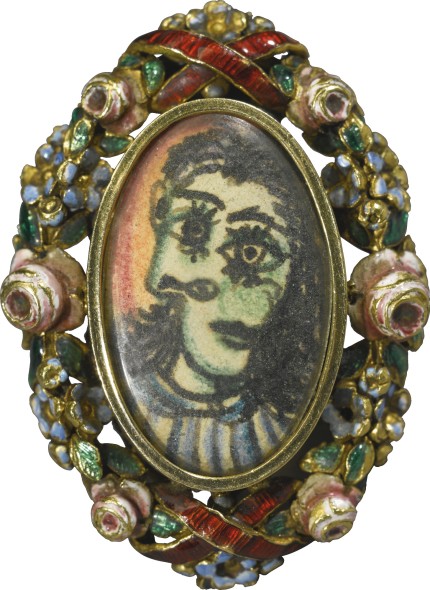 The ring that Pablo Picasso gave to Henriette Theodora Markovitch, best known as Dora Maar, model, artist and photographer, as well as lover and muse of the great Spanish painter, went to auction at Sotheby’s a few days ago and was awarded for the fabulous figure of 584,000 pounds. 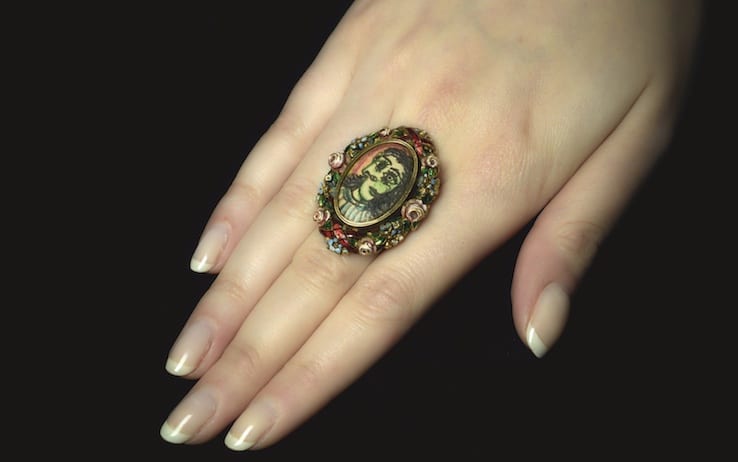 The story handed down by American writer James Lord tells that Picasso gave the ring to Dora Marr as excuses for another brutal argument. Picasso was angry with her for convincing him to sell a work of art for a ring with a ruby. Dora felt so offended to remove the jewel from her finger and throw it from Pont Neuf in Paris directly into the Seine.

Both of them regretted the incident, and feeling guilty, shortly after, Picasso decided to donate her this jewel: a ring with a golden metal frame decorated with colored enamel flowers inside which the artist put a portrait of Dora Maar (2.5×1.4 cm) made of ink and colored pencil on paper.

Dora Maar never separated from this ring until her death in 1997, ninety years old.

Who will now have this precious love pledge?

Want to know more about Pablo Picasso his life, works, auctions and exhibitions around the world ? Visit this page.